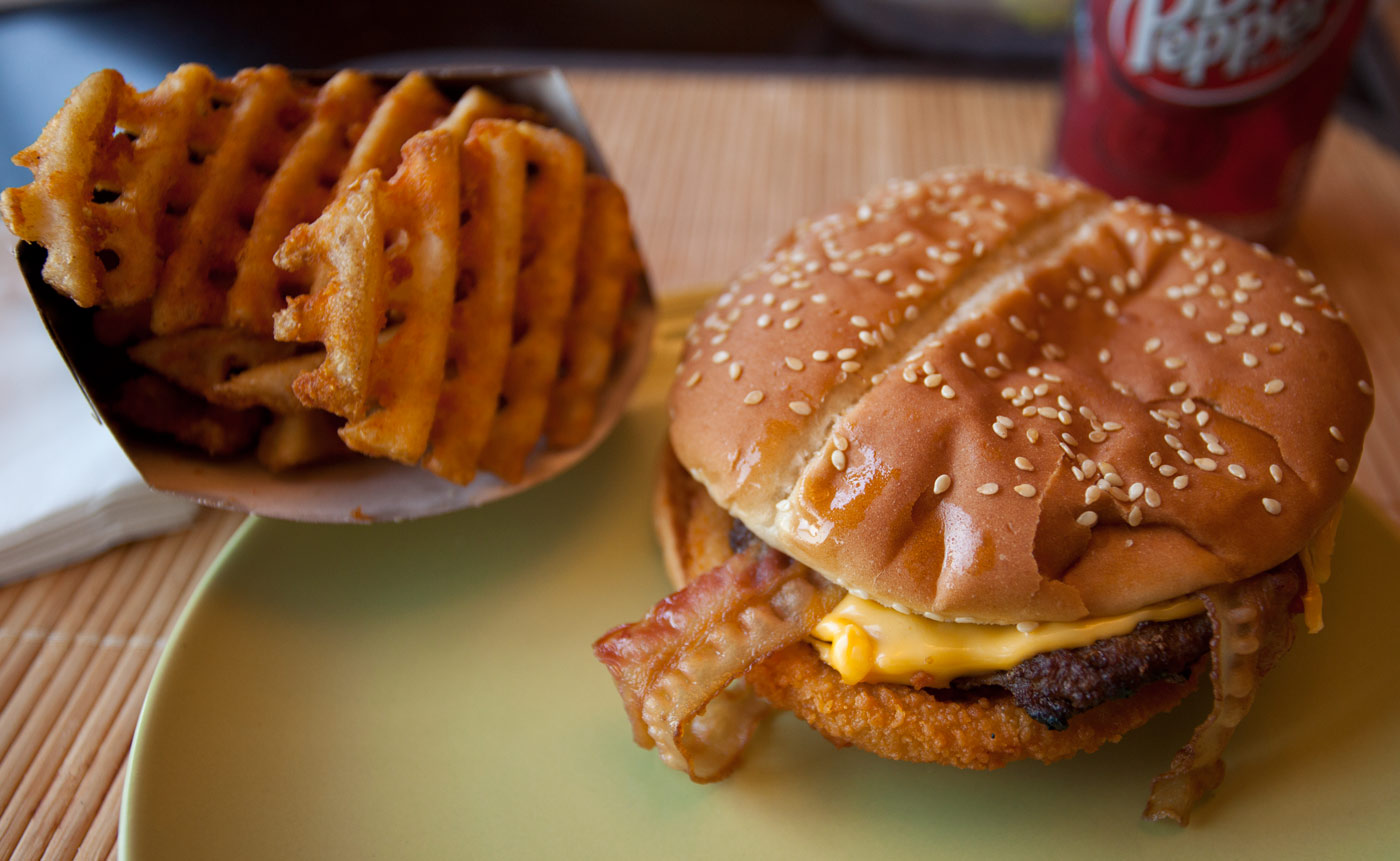 So being a San Francisco based website, this would probably be unthinkable for most. But then again, this is about burgers, and then again one more time, people too snobby to go certain places aren’t truly happy. We all know this. They are only lying to themselves. So – the review.

The great cultivator of my love– the Western Bacon Cheeseburger from Carl’s Jr. Was this my first western burger? No. It was actually from Jack in the Box when they originally had them, and also called them a western burger. We picked it up, and I ate it in the parking lot of a lamp store in San Rafael while my mom shopped. I was young, but the memories are still so vivid. It was my first taste of true love. Sadly, one’s first love is almost always fleeting, and Jack discontinued the burger shortly after (they brought similar burgers back a few times, but you know, it was never the same). Thankfully, the Western burger has been a staple at Carl’s Jr.

I am no longer in college, or high school, where cheap and easy far outweigh any other quality in my food. But as I’ve gotten older there is a quality I have come to appreciate, and that is consistency. Will I get fast food much anymore? No. But if I want a solid burger, I know where to find it, and this is it. There are only 2 fast food burgers I will eat now, and this is one of them. And it never lets me down. 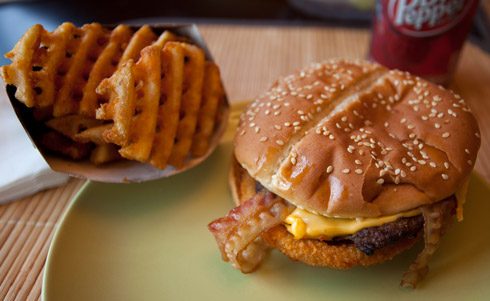 The thing this burger has that some $18 burgers lack is balance and restraint. It is simple, but each aspect is portioned perfectly. The size of the onion rings, for example, sets up each bite with the perfect amount. They also snap cleanly, making sure every bite gets its fair share of onion ring. None of that pulling out half of the toppings on the burger because you couldn’t bite it in half business. I don’t like having to shove stuff back on my burger if I don’t have to. The patty is not too thick, and is instead just a larger diameter. The bacon isn’t great, but is the most passable for fast food that I can recall. The barbecue sauce really works well with the other tastes on this burger, and it’s all wrapped up in a bun that is actually pretty decent.

And then you have the seasoned criss-cut fries. If there is ever a choice between regular or curly, I will always go curly. And criss-cut fries are the curly fries mysterious brother, the narwhal to a beluga per se. I don’t know why you can’t find criss-cut fries anywhere, but they are delicious. That is, unless they are from a certain place in Seattle that decided they shouldn’t be seasoned and should also completely lack flavor.

So for what it is, this is a great burger. Fast food is best in moderation, blah blah blah. Sometimes you just need to stop and grab a burger, and the Western Bacon Cheeseburger will always come through for you. It may not have been my first love, but it is an old friend, and it’s nice to catch up every once in awhile (please note I avoided the absolutely terrible pun there. All for you).

Also, I know Hardee’s and Carl’s are supposed to be the same, but I’ve been told they do not have a western burger? Blasphemy. Don’t stand for that, East Coasters.